CRPL’s PhD Students Eric Wright and Mauricio Ferrato have a poster titled “Estimating Molecular Dynamics Chemical Shift with GPUs” accepted for the SC18 conference in Dallas. The research project was started as an undergrad project under the Vertically Integrated Project (VIP) program and consisted of accelerating a chemical shift prediction application called PPM_One using the parallel programming model OpenACC. CRPL’s undergraduate student Thomas Huber was also involved in this project. The application originally existed as a serial application only and porting it to OpenACC allowed to test for both multicore and GPU acceleration. On the largest dataset tested (11 million atoms) results show that fully utilizing an Intel Xeon E5 (32 cores) CPU there is a 21x speedup compared to single core. Results when using a NVIDIA V100 GPU showed a 67x speedup compared to the single-core serial run and 3.4x speedup compared to the multicore run. This work was done in collaboration with Prof. Juan Perilla from the Dept. of Chemistry and his Ph.D. student Alex Bryer along with CRPL’s PhD student Robert Searles. 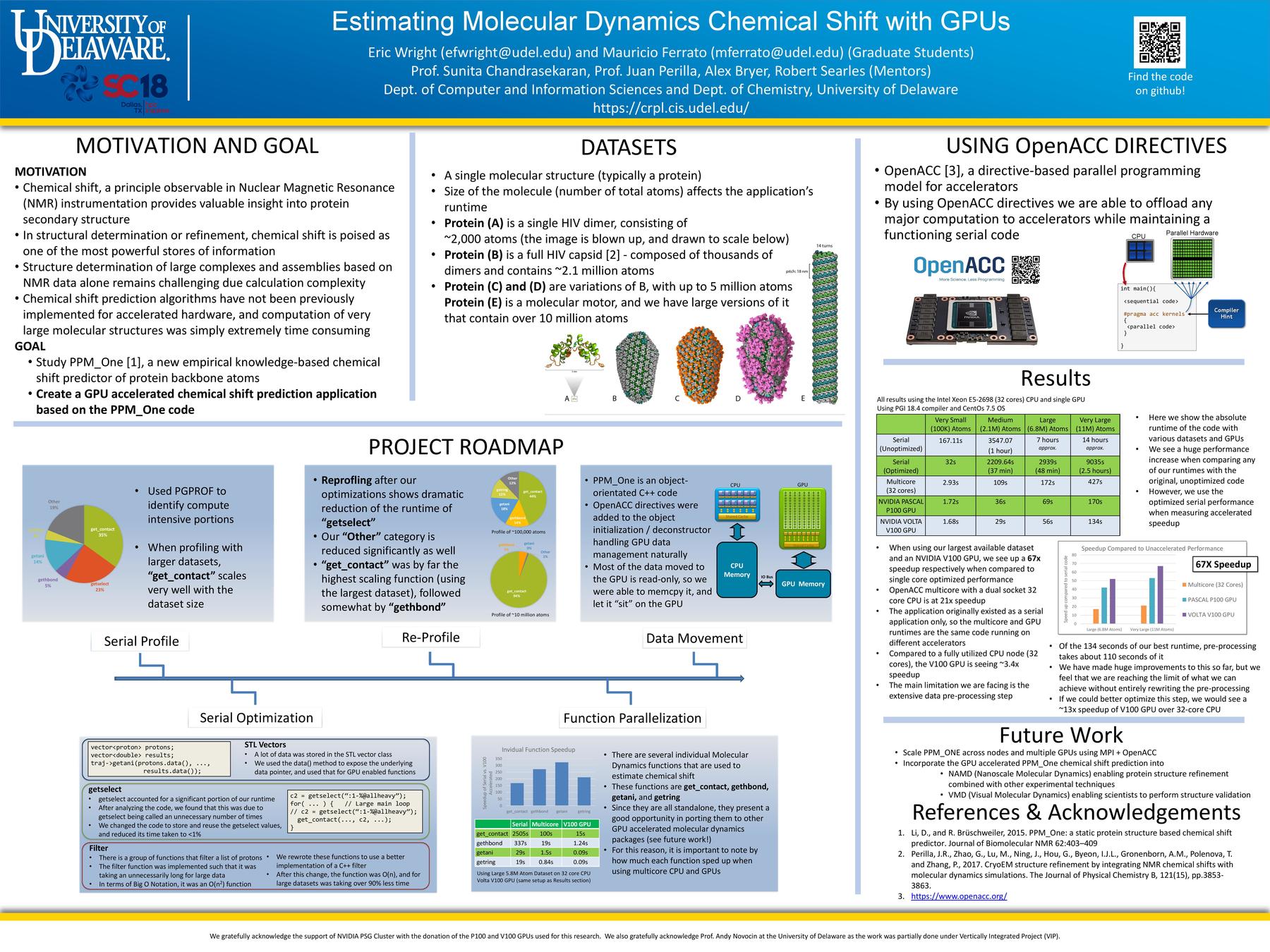 CRPL undergraduate student Joshua Davis has a poster accepted to the undergraduate category titled “Studying the Impact of Power Capping on MapReduce-based, Data-intensive Mini-applications on Intel KNL and KNM Architectures” for the SC18 conference in Dallas. In this poster, Joshua worked on quantitatively measuring the impacts of data movement on performance in MapReduce-based applications when executed on HPC systems. He leveraged the PAPI ‘powercap’ component to identify ideal conditions for execution of our applications in terms of (1) dataset characteristics (i.e., unique words); (2) HPC system (i.e., KNL and KNM); and (3) implementation of the MapReduce programming model (i.e., with or without combiner optimizations). Results confirmed the high energy and runtime costs of data movement, and the benefits of the combiner optimization on these costs. For any contacts or inquiries on the poster contact Joshua Davis at jhdavis@udel.edu. 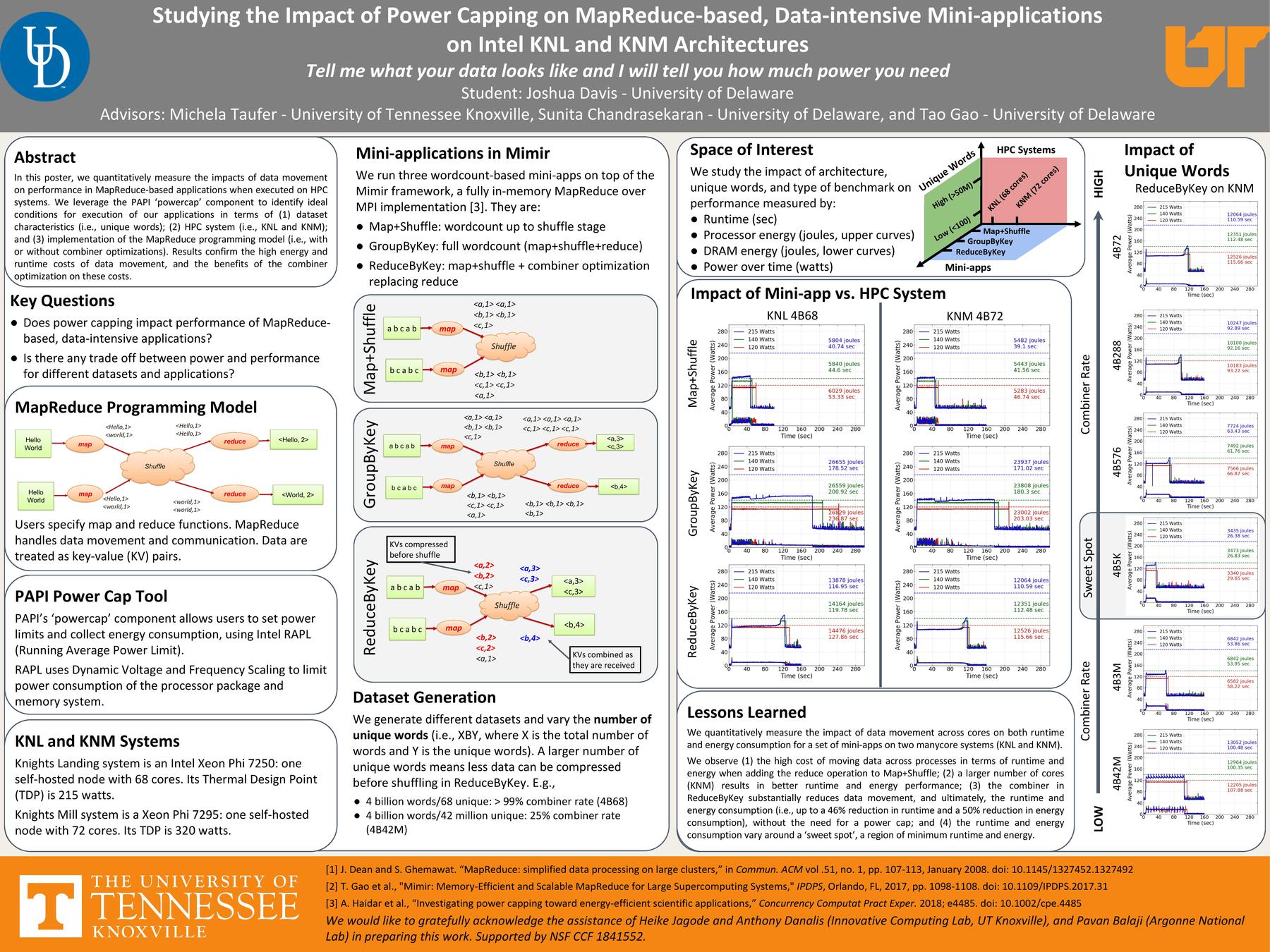