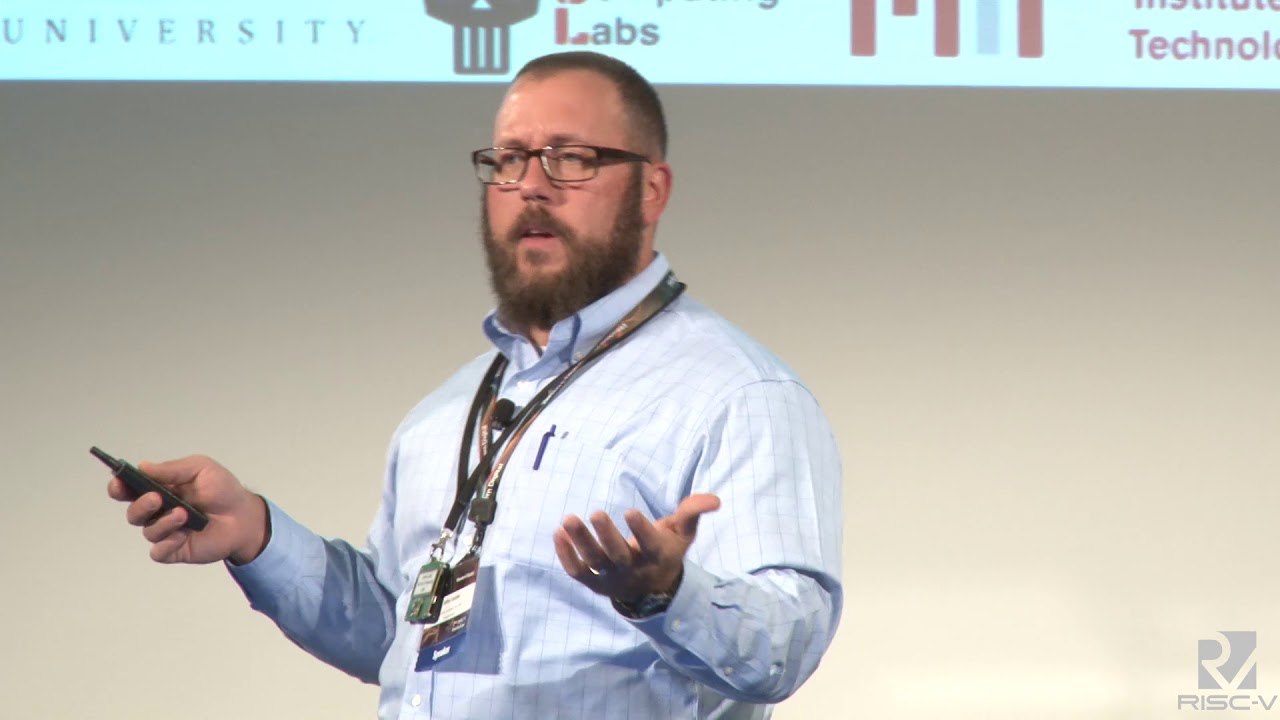 Biographies David Donofrio: After earning his degree from Virginia Tech, David began his career at Intel where he acted as a Graphics Hardware Architect for Intel’s 3D graphics core. He then transitioned to Berkeley National Lab where he was the Computer Architecture Group Lead focused on developing advanced architectures and simulation and modeling tools for the co-design of extreme scale systems. David is currently Chief Hardware Architect for Tactical Computing Laboratories where he is working on developing advanced solutions for a variety of HPC problems including the creation of hardware generation flows.

Associate Professor of High Performance Computing at the University of Basel

Talk abstract Exascale computing systems will exhibit high degrees of hierarchical parallelism, with thousands of computing nodes and hundreds of (potentially heterogeneous) cores per node. Efficiently exploiting hierarchical parallelism is challenging due to load imbalance that arises at multiple levels: job, process, thread, task, stream. In this talk, we will present a vision for multilevel scheduling and load balancing of scientific applications that fully exploit the available hierarchical parallelism in the HPC systems. We will show that there is a significant interplay between thread and process level load imbalance and that two-level dynamic scheduling and load balancing is needed to achieve the highest performance for applications from cosmology and astrophysics. We will also show how cooperation between the batch scheduler and the application scheduler increases system utilization and reduces job wait times without degrading application performance. We will conclude the talk by outlining the steps needed to integrate these results and deploy multilevel scheduling and load balancing in production HPC environments.

Biography Florina Ciorba is an Associate Professor of High Performance Computing at the University of Basel, Switzerland. She received her Diploma in Computer Engineering in 2001 from University of Oradea, Romania and her doctoral degree in Computer Engineering in 2008 from National Technical University of Athens, Greece. She has held postdoctoral research associate positions at the Center for Advanced Vehicular Systems at Mississippi State University, Mississippi State, USA (2008 to 2010) and at the Center for Information Services and High Performance Computing at Technische Universität Dresden, Dresden Germany (2010-2015). Her research interests include parallelization, dynamic load balancing, loop scheduling, robustness, resilience, scalability, reproducibility of scientific applications executing on small to large scale parallel computing systems, and system and application monitoring for improving their operations. More information at https://hpc.dmi.unibas.ch/en/people/florina-ciorba/

Prior to joining Berkeley Lab Ronnie worked as R&D staff (computational scientist) in the Scientific Computing Group (SciComp), National Center for Computational Sciences (NCCS) at the Oak Ridge National Laboratory. His primary responsibilities were to facilitate the overall project deliverables and assist with performance optimizations of a wide range of US DOE mission critical applications supported at the Oak Ridge Leadership Computing Facility (OLCF).

Research is becoming increasingly digital and reliant on software. Yet despite this reliance on software, best practices and access to professional resources for developing research software in academia lag far behind those in industry. Research programs and institutions benefit greatly from individuals, or Research Software Engineers (RSEs) as they have come to be known, whose professional focus is centered around writing and contributing to research software. By bringing the skills and practices of software engineering to research, in an effort to create more robust, manageable, and sustainable research software, RSEs are playing an increasingly important role within the computational science and engineering research ecosystem.

In this talk, I will introduce the concept of the Research Software Engineer and give an overview of the Princeton Research Software Engineering Group as well as the history and current landscape of the International RSE movement. I’ll introduce the US Research Software Engineer Association (US-RSE), a growing organization centered around three main goals: providing a community to those who identify as an RSE; advocating for the RSE role; and providing resources for current and future RSEs, as well as institutions and organizations supporting RSEs. Membership is easy and free and all are welcome who relate to the US-RSE’s mission, especially those who identify as RSEs, those interested in a career as an RSE, and those who may not be RSEs but consider themselves RSE “allies.” Finally, I’ll discuss a new project that will sponsor and deliver an open-sourced training curriculum designed by RSEs to train and develop a pipeline of future RSEs for this new career path.

Katie Schuman is a Research Scientist in the Beyond Moore group at Oak Ridge National Laboratory. Katie received her doctorate in computer science from the University of Tennessee in 2015, where she completed her dissertation on the use of evolutionary algorithms to train spiking neural networks for neuromorphic systems. She is continuing her study of models and algorithms for neuromorphic computing, as well as other topics in artificial intelligence and machine learning, as part of her work at ORNL. Katie is also an adjunct assistant professor at the University of Tennessee, where she, along with four other professors at UT, leads a neuromorphic research team made up of more than 25 faculty members, graduate student researchers, and undergraduate student researchers. Katie received the Department of Energy Early Career Award in 2019.

NVIDIA Parabricks is a computational framework supporting genomics applications from DNA to RNA. It employs NVIDIA’s CUDA, HPC, AI, and data analytics stacks to build GPU accelerated libraries, pipelines, and reference application workflows for primary, secondary, and tertiary analysis. Parabricks is a complete portfolio of off-the-shelf solutions coupled with a toolkit to support new application development to address the needs of genomic labs, research centers, hospitals/clinics, and Pharma companies. In this talk, Dr. Mehrzad Samadi, Cofounder of Parabricks, will discuss the Parabricks applications, use cases, and future directions. He will also talk about the story of Parabricks as a university startup from launch to acquisition.

Mehrzad Samadi co-founded Parabricks in 2015 to provide high-performance bioinformatics tools to enable researchers to accelerate their research efforts. Parabricks software suite now has been used in clinics hospitals and research centers in more than 20 countries. Parabricks got acquired by NVIDIA in 2020 and now Samadi manages the Parabricks team inside NVIDIA. Prior to Parabricks, Samadi worked as a researcher at Microsoft research. He received his Ph.D. in Computer Science and Engineering from the University of Michigan.

My research focuses on run time systems and programming models for high performance computing, including issues in productivity, scalability, and power. Much of my work concerns support for efficient multithreading on the supercomputer node level, especially through the task-parallel programming model. I enjoy working with application and library developers to improve the scalability of their codes and to take advantage of multicore and manycore architectures, and I represent Sandia Labs on the OpenMP Language Committee and Architecture Review Board. (https://cfwebprod.sandia.gov/cfdocs/CompResearch/templates/insert/profile.cfm?slolivi) 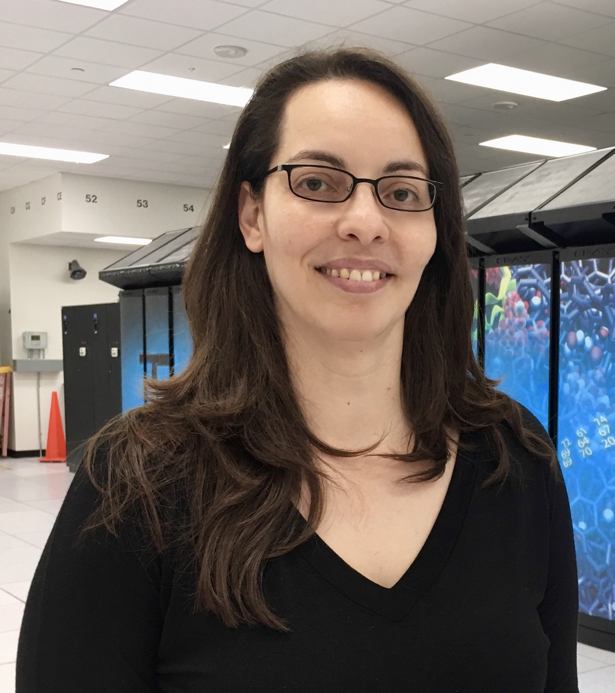 Director of Applications at NextSilicon

Fernanda is a Sr. Scientific Consultant for BioTeam specializing in data science and high performance computing (HPC). She began her HPC career in graduate school, developing molecular dynamics applications and as administrator of the Florida Laboratory for Materials Engineering Simulation (FLAMES) at the University of Florida. Following graduate school she was HPC manager at an agricultural genomics company, Genus Plc. managing production runs and the scientific computing platform. Following Genus she went to Oak Ridge National Lab’s Leadership Computing Facility, OLCF, and was training coordinator for systems in the facility including Jaguar, Titan, and Summit, the latter two #1 GPU based supercomputers in the Top500 and was also part of the CORAL project programming environment team that selected Summit as the centers next supercomputer. She became an HPC Data Scientist within the Biomedical Sciences, Engineering, and Computing group (BSEC) working on Pilot 3 of the CANDLE (Cancer Moonshot) project and was co-PI of Kokkos C++ library funded by Exascale Computing Project (ECP). After ORNL, Fernanda was a Developer Advocate and Alliance Manager for HPC + AI at NVIDIA, helping to build an ecosystem to support GPU developers and users in the life sciences. Now at BioTeam she is helping take the mystery out of artificial intelligence.(https://sc20.supercomputing.org/presenter/?uid=655753)